ANATOHUM stands for the Anatolian Seeds Recovery and Preservation (ANATOHUM) Project . I initiated the project in August 2012 to create a seed database of today’s Turkey which stretches to two continents, Asia (Anatolia) and Europe. I specifically used the word Anatolia in the project name as a demonstration of respect to my ancient land where I was born and raised, that hosted many civilizations over thousands of years, and that is the genetic epicenter for many agricultural crops and biologically one of the most diverse regions on Earth.

Where is Anatolia (Asia Minor) located?
A brief answer to this question can be found at http://en.wikipedia.org/wiki/Anatolia.

In addition to many ancient civilizations, Anatolia is also the home of Göbekli Tepe, which was designated as a UNESCO World Heritage Site in 2018, and is thought to be the home of the oldest (10,000 B.C.) temple discovered in the world, where its people are thought to have practice domesticating wild seeds. Discovery of Göbekli Tepe changed everything we know about agriculture, including its timeline.

What was the motivation behind the ANATOHUM Project?

After practicing backyard gardening for two years, ANATOHUM Project was born at a time when I was convinced that Turkey’s seed legislation of 2006 was greatly hurting the seed diversity of the country, by restricting the propagation of these seeds in many different ways. National and international hybrid seed industry have been taking the advantage of the law to push old varieties away from commercial seed catalogs. Regulations require farmers to grow only government-certified seeds for farmers’ markets and grocery stores. Seed market is heavily dependent on hybrid seeds, and often times imported hybrid seeds.

When I initiated the ANATOHUM Project, I had three main goals in mind: 1) Creating an online seed database for Turkey’s seeds, 2) Testing the seeds’ performance in various growing conditions and hardiness zones, 3) Making seeds available to more people to make sure that the seeds keep living.

For thousands of years, villagers and small farmers of Anatolia have been the pioneering stewards of the agrobiodiversity of the land. Demographics of these stewards are changing. Seed savers are getting older, and their offspring is not equally interested in continuing the tradition as they move to big towns due to many socioeconomic factors. Therefore, a significant count of the seeds introduced to others with the ANATOHUM Project is very rare, very difficult to source again if needed, or extinct, meaning that they are currently not known to the communities where they originated.

In addition, farmable land is shrinking because of the government’s poor land management policies that favor construction industry. For instance, Istanbul Canal, a new project supported and promoted by the Turkish government, proposes to construct an artificial sea-level waterway on the European side of Istanbul, connecting the Black Sea to the Sea of Marmara, forming an island between the Asia and Europe continents, and bypassing Bosphorus. In addition to its significant projected damages to the regional ecosystem, if and when completed, the project will absorb more than 50% of the agricultural land along its planned route.

What does “Anatolian seed” mean?
In the context of the ANATOHUM project, “Anatolian seed” primarily refers to the agricultural crops which originated within the physical boundaries of the Asian part of today’s Turkey and are known to be grown for generations there; however, the project covers the seeds that originated or have been adopted within the  boundaries of the whole country. Alternatively, I also use the term “traditional” to refer to some of the varieties mentioned here. In addition, depending on the variety, “Turkish” and “Anatolian” terms are used interchangeably for identification purposes. When documentation or oral histories are available, I include information for other ethnic identities of the seeds as well.

One significant challenge with the seeds from Turkey is the lack of documentation since usually these seeds have been passed down through generations with oral histories. ANATOHUM Project is the only independently-funded seed documentation effort dedicated to Turkey’s old and open-pollinated seed varieties with a purpose of building a database. Because of this, in many cases, it is challenging even to identify the exact location where a specific seed originated; however, when and if possible, I do my best to give information about its ethnic (e.g. Armenian, Greek) background as well. 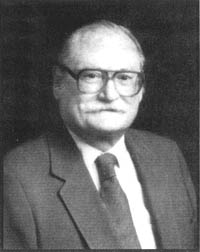 In 1930s and 1940s, USDA sent its well-known botanist and plant collector, Dr. Jack Harlan, to many countries to collect seed accessions to bring them back to the United States to establish regional germplasm banks. Seeds in these banks were later used in hybridization projects to develop new seed varieties that produce high yields and perform well in various regional growing conditions. One of the countries that Harlan visited many times to bring back thousands of seed varieties was Turkey (e.g. many Anatolian wheat accessions were used to breed new wheat varieties adapted to mid-West growing conditions).

Finding out about USDA’s GRIN database and seeing all these varieties from my native land in 2011 gave me a mix of emotions. It sometimes made me feel very vulnerable and frustrated knowing that the method was extractive and used to strip Turkey’s genetic diversity probably oftentimes without proper approval from communities or individuals. Other times, I was appreciative because I was able to find certain seeds in the database that weren’t possible to find in the communities they originated in Turkey anymore. These seeds quickly became my spiritual connection to my culture, traditions, childhood memories, cuisine and language. Harlan’s oftentimes mispronounced Turkish notes he collected along with accessions sometimes complicated things to the extent that makes it difficult to identify a variety but also made me smile, imagining conversations between him and people who spoke Turkish with various dialects or people who spoke other languages across the country.

In addition to seed exchanges, I benefited from the USDA GRIN database to grow hundreds of seed varieties from Turkey in the last 8 years. It has been a humbling journey that transformed my perspective about life, people and nature. It has been very challenging, too, because as much as what I do is about growing these seeds, it is also about capturing stories with as much detail as I can and about confirming the seeds I grow are what actually they are simply because sometimes there are misinformation and confusions about these seeds’ identities. In most cases, having nothing else but oral histories make the confirmation process difficult but after all, I would hate to see the seeds being misrepresented. Because of this, seeds I make widely available is only a fraction of the ones I have been working on. In addition, I have received mixed seeds that I originally thought to be a single variety many times, which requires me to select seeds year after year based on descriptions and narratives provided to me.

Despite all difficulties, I managed to recover many rare seeds of Turkey through the ANATOHUM Project. Most importantly, I sent many of these seeds back to growers in Turkey to propagate more seeds so that we can make them widely available in various communities across the land.

In Turkey, seed savers usually didn’t feel the urge to name the seeds they historically have been stewarding. Seeds are part of the culture, daily life and cuisine; however, they also belong to communities, not to individuals, hence they don’t need to be identified by specific names. 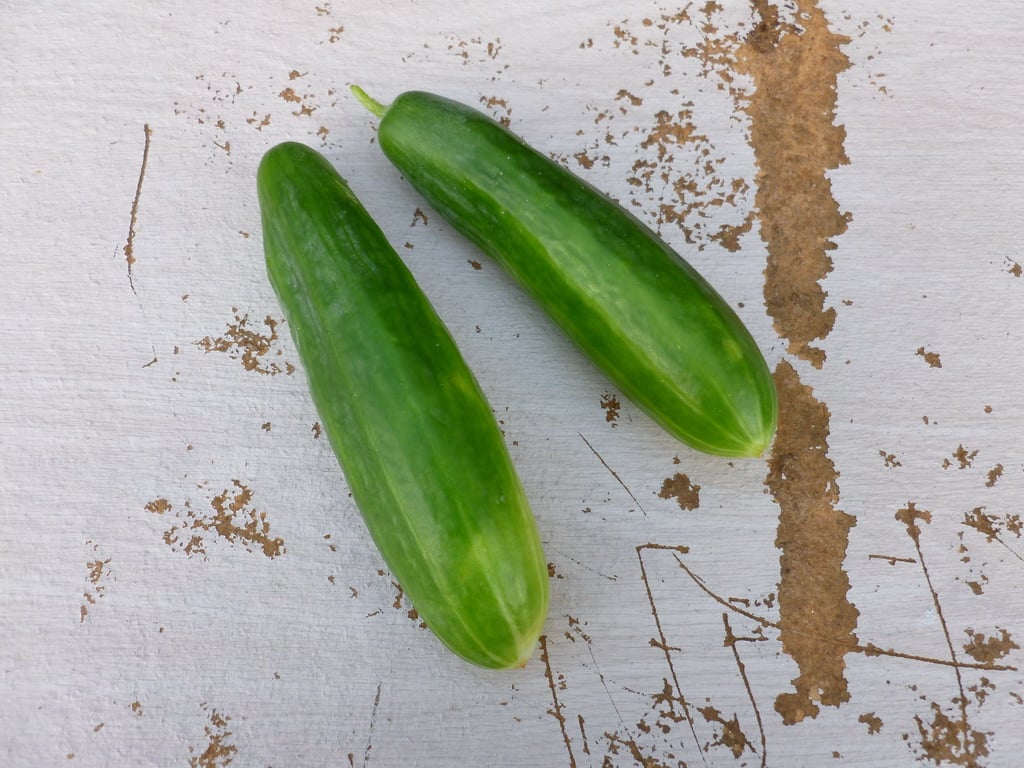 There are many regional farm and kitchen traditions throughout the whole country, and within their own scale, every region adopted different seed traditions. These regions also consist of smaller scale settlements, which are oftentimes village communities, that in thousands of years developed their own seeds through collective and community-based plant breeding while they also stayed loyal to their regions’ traditions. Therefore, when a seed variety is referenced (i.e. “that cucumber from Meram,” followed by the cucumber’s known traits for identification purposes, if needed) in a region in a given context, everyone knows what that variety is without the need to say a name.

That being said, to separate varieties from each other and to create a common language to identify them, I had to give names to the varieties which didn’t have any traditional names or of which geographic information wasn’t available when I distributed them to general public. In the beginning I made a few mistakes that I regret now. One example would be naming a nameless pepper after my name as Mehmet’s Sweet Turkish to emphasize the fact that it became one of my favorite sweet pepper varieties. While this identification tells a lot about the pepper, I don’t claim ownership on the pepper. Later on, I made my variety naming practices more and more strict to stay loyal to Anatolian traditions.

When I initiated the ANATOHUM Project, I was still transitioning from being a Ph.D. student to my professional engineering career. Seeds changed my life and gave me an opportunity to re-define myself. Soon after, with great support from my wife Dr. Amy Thompson, I decided to quit engineering and become a full-time seed grower and farmer.

Undertaking such a big project quickly became costly. As you can imagine, leaving my engineering career didn’t help. Hence, the project gave birth to our family-owned seed company, Two Seeds in a Pod, in 2013. Since then ANATOHUM Project has been solely funded from the proceedings of our company that was located in Tampa, FL, between 2013 and 2018. Our seed production and research farm has been located in Reedsville, WV, since 2019.