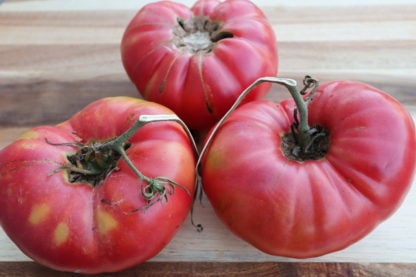 Hafize Baliç Pembesi was named after its steward Hafize Baliç, who grew it for over 50 years in her home garden in Çerkezköy, Tekirdag, until she passed away in March 2008. Baliç had migrated with her family from the Balkans to Turkey in early 1900s. Many pink tomatoes that are grown in Turkey today are known to have been brought by the Turks and other ethnic groups migrated from the Balkans.

Its rich, complex flavor as well as think skin and juicy flesh stood out in our taste evaluations. Hafize Baliç Pembesi is also one of the most prolific pink tomatoes we have ever grown. Fruit color is a stunning dark pink which almost looks purple. One of the best fresh-eating tomatoes we can recommend. This is one of the best documented heirloom seeds of Turkey, and we have a feeling that it will be a stable variety in our catalog.

Be the first to review “Hafize Balic Pembesi” Cancel reply 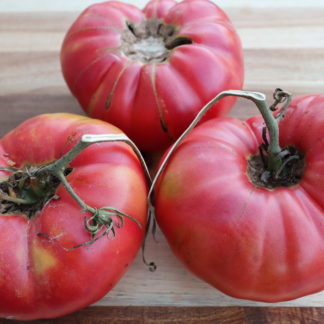